I enjoyed watching Dave take Nicholas on a search for a special butterfly, and I loved the descriptions of the land and the butterflies. Unfortunately, I assumed it would serve as the backdrop for the development of a romantic relationship, but instead it was the stronger focus for the entire story.  I still don’t understand their romance, since I never saw the two of them really get to know each other. The entire story is told from David’s point of view, and yet I still barely feel like I know him.  I couldn’t tell you what happened between him and Denise, the former love of his life, even though they are still best friends.  Several parts of the story felt this way. We were told something happened, but not exactly what happened or why it happened. Nicholas has an issue, but more than half the book passes before we find out what it is, and during that entire time, Nicholas plays this elusive character who barely shares anything about himself. The epilogue was sweet, and those who really enjoyed this story will definitely want to read the sequel, Of Dreams and Ceremonies. 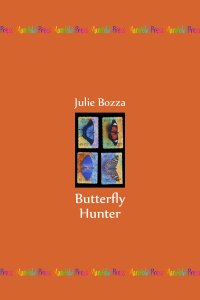 It started as a simple assignment for Aussie bush guide Dave Taylor – escort a lone Englishman in quest of an unknown species of butterfly.

However Nicholas Goring is no ordinary tourist, his search is far from straightforward, and it’s starting to look as if the butterflies don’t want to be found.

Over 300 books reviewed with more to come.

Currently on hiatus. Hope to return in the future.

Search by Author or Title